Plant temperatures will be influenced by plant form (erect or prostrate), leaf area, aspect (e.g. north- or south-facing slope), irradiance (sun angle, cloud cover and altitude) and air flow (wind). There are also plant characteristics such as reflection from the surface of the leaf, leaf angle and leaf cooling by transpiration which will reduce plant temperature and may minimise the damage associated with above-optimal air temperatures. At the other end of the scale, where there is moisture on leaves, the latent heat produced during external ice formation (a white frost) may provide some initial protection of tissues against frost damage. 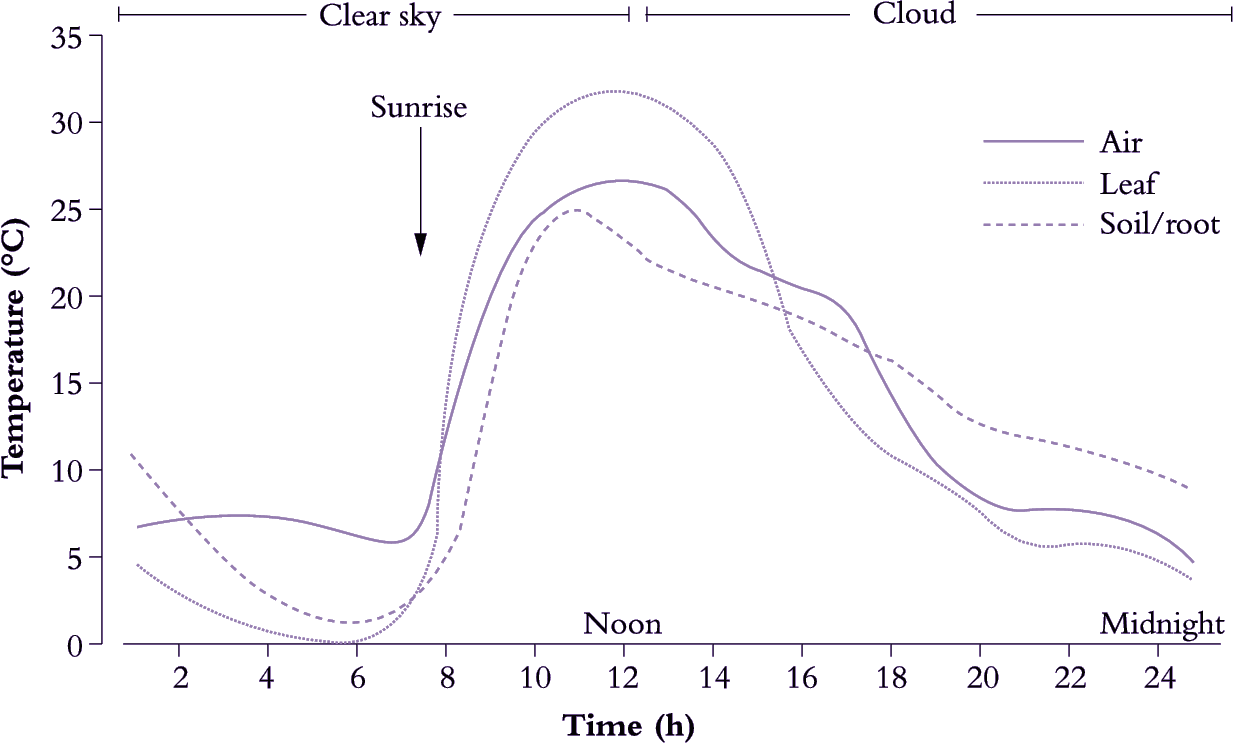 Figure 14.4. Plant temperatures generally follow the diurnal pattern of air temperatures, but may be higher (sometimes 10°C or more) due to strong irradiance from full sunlight, or cooler (often by 2-3°C) due to transpirational cooling. Tissues and organs of a plant are not necessarily at a uniform temperature. Root temperatures are generally lower than those of leaves during daytime and higher at night-time, reflecting the differences between air and soil temperatures. Based on Davidson (1969) Ann Bot 33, 561-569.

Under normal ﬁeld conditions mean day temperatures can commonly be 5°C to 10°C higher than mean night temperatures, with a much greater amplitude between maximum and minimum temperatures. The importance of this day/night differential has received considerable attention in relation to the growth and yield of glasshouse crops where there is the possibility of some degree of temperature control. However, it is also of interest in ﬁeld crops in relation to the development of models for use in predicting the effect of weather conditions on crop development.