An alternative route for the breakdown of glucose-6-phosphate is provided by the oxidative pentose phosphate pathway (OPP) (Figure 2.22). This pathway functions mainly to generate reductant (i.e. NADPH) for biosynthetic processes including the assimilation of inorganic nitrogen and fatty acid biosynthesis and to maintain redox potential to protect against oxidative stress. In addition, the reversible oxidative section of the pathway is the source of carbon skeletons for the synthesis of a number of compounds. For example ribose-5-phosphate provides the ribosyl moiety of nucleotides and is a precursor for the biosynthesis of purine skeletons and erythrose-4-phosphate, which is the precursor for the biosynthesis of aromatic amino acids by the shikimic acid pathway. 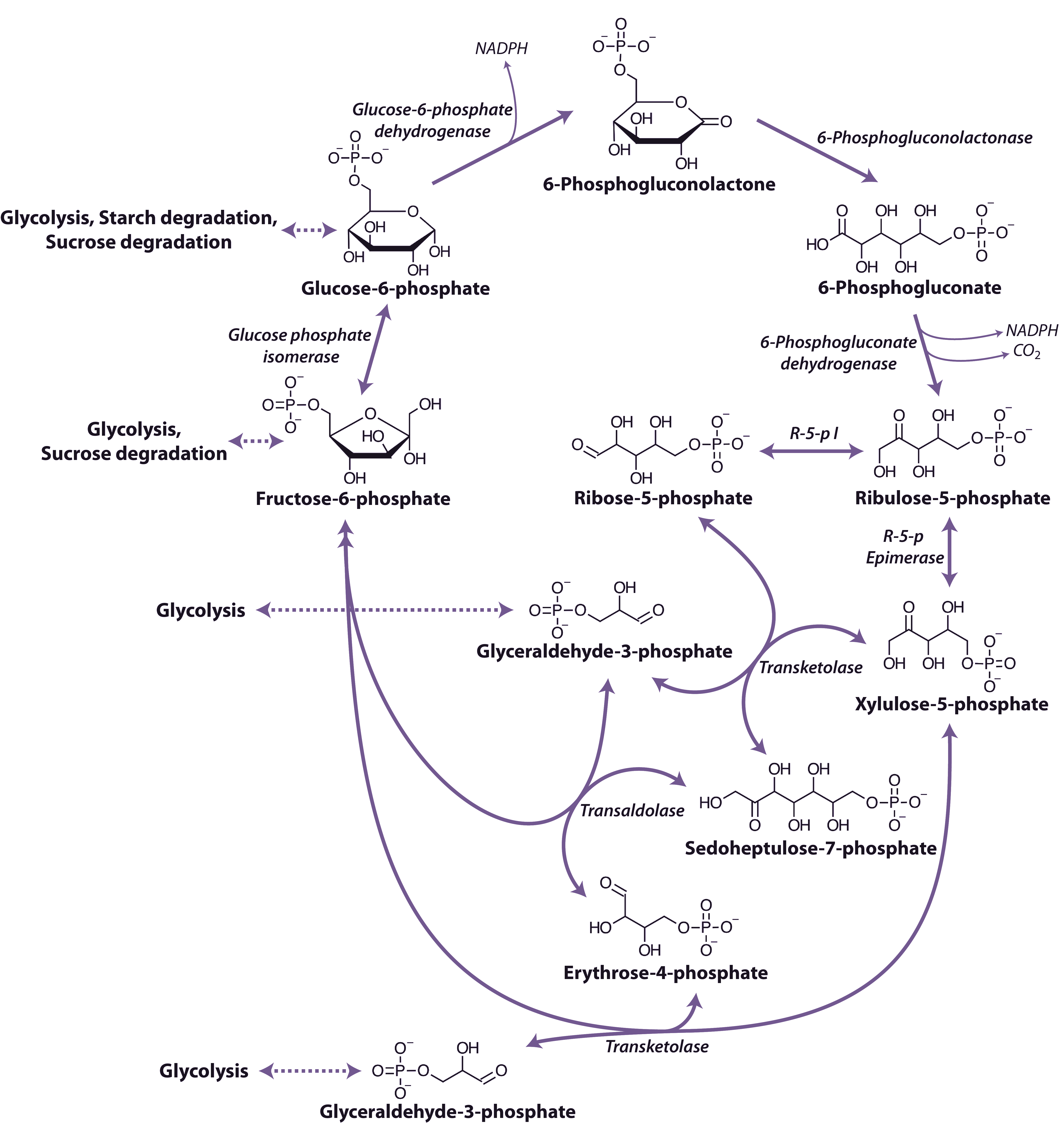 As with glycolysis, reactions of the pentose phosphate pathway are catalysed by different isoforms of the enzymes that occur either in the cytosol or in plastids. Although transketolase and transaldolase may be absent from the cytosol of some species, the activity is maintained by phosphate translocator proteins on the plastid inner-envelope membrane that have the capacity to translocate sugar phosphates.