The roots of around 90% of higher plants form a symbiotic association with mycorrhizal fungi (Figure 4.21). These fungi colonise roots, with the colonised root being termed a “mycorrhiza”. The fungi benefit from the provision of plant carbon. The host plant may benefit in many ways, but the primary benefit is most often the ability to access inorganic nutrients from soil beyond the rhizosphere due to their transport into the root by hyphae of the fungi. Mycorrhizal associations are present in plants in both natural ecosystems and modern agricultural systems; although their occurrence in the latter may be reduced by common management practices, especially the addition of fertiliser. 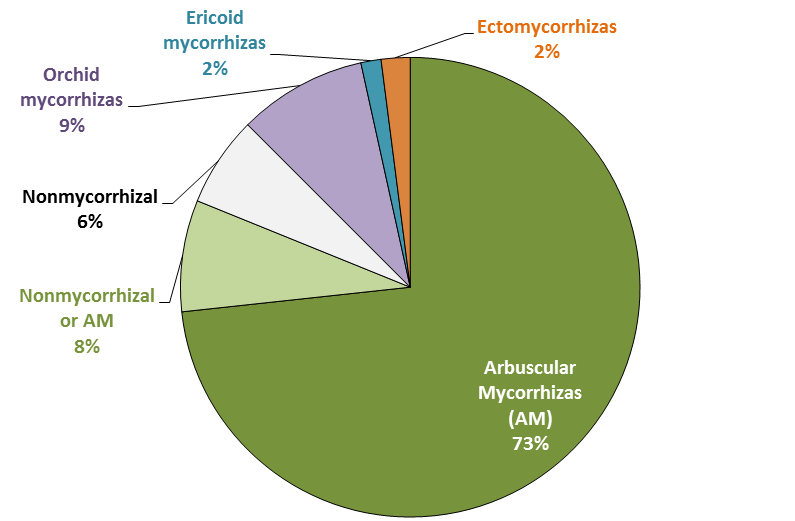 Figure 4.21 Relative importance of mycorrhizal associations for all flowering plants. About 94% of plants can form mycorrhizas of various types. Arbuscular mycorrhizas (AM) are the most common type. Shown in light green are the 8% of species with inconsistent associations that vary with habitat or soil conditions and can be nonmycorrhizal or AM. (Based on Brundrett 2009)

Mycorrhizal fungi are thought to have aided the first plants to colonise land, but most or all species in some plant genera have subsequently lost the ability to form mycorrhizas (e.g. Lupinus, Brassica and Banksia). Nonmycorrhizal plants may have roots that are consistently free of mycorrhizal fungi or have inconsistent associations. The former tend to have alternative nutrition strategies, the latter occur in soils where fungal activity is inhibited, at least part of the time. On a global scale, nonmycorrhizal plants tend to be more common in colder arctic and alpine habitats, and wetland and aquatic habitats, as well as in saline soils and arid habitats (Figure 4.22). These habitats also include many plants with facultative mycorrhizal associations that are present in some cases and not others (called “nonmycorrhizal or AM” in Figure 4.21). In other cases, plants loose the capacity to form mycorrhizas because they are redundant. These include parasites and carnivores, which do not need to acquire nutrients directly from soil (Figure 4.22). 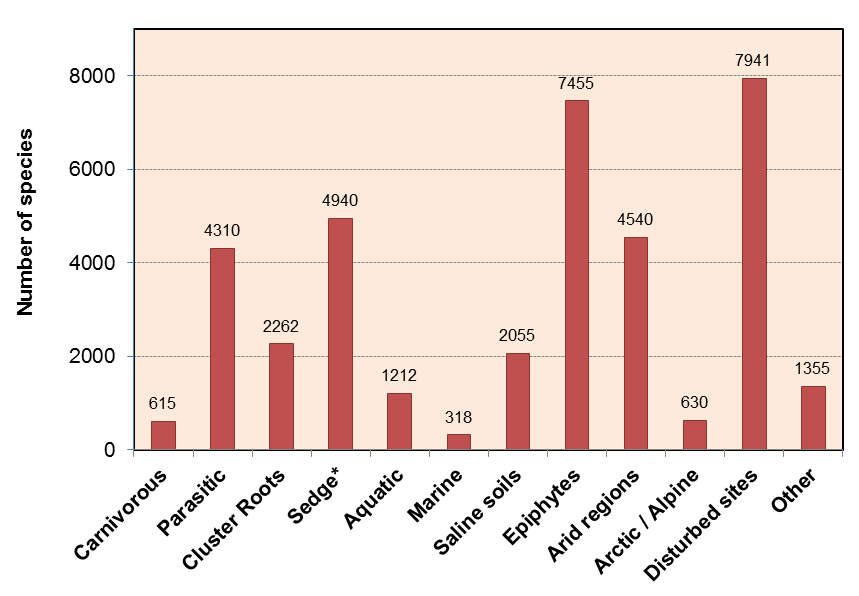