The term “harvest index” is used in agriculture to quantify the yield of a crop species versus the total amount of biomass that has been produced. The commercial yield can be grain, tuber or fruit. Harvest index can apply equally well to the ratio of yield to total plant biomass (shoots plus roots) but above-ground biomass is more common because root mass is so difficult to obtain.

Domesticated plants have been subjected to sustained selection pressures on reproductive development by humans (Table 6.4) and now reflect wide variation from tuber-forming species such as potato, where over 80% of plant biomass is harvested as storage organs, to high-value flower crops such as tulip where blooms might represent only 20% of the final biomass of whole plants. Mid-range are legumes, cereals and other grain crops where human selection for yield has led to a notable increase in HI. Wheat, for example (Figure 6.15), increased from between 0.30 and 0.35 to almost 0.55 over a century, while barley and rice have shown similar trends. 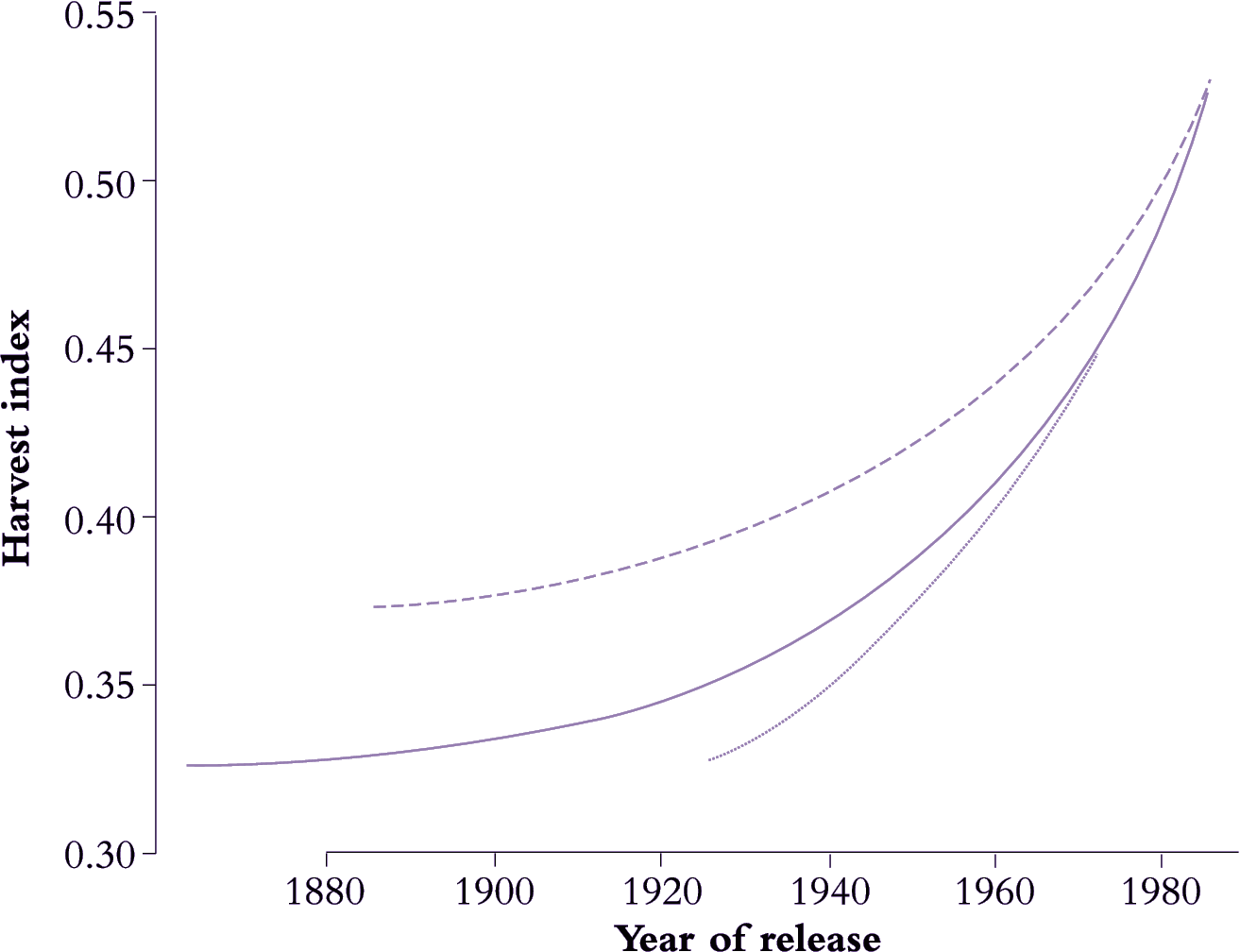 Figure 6.15. A century of breeding and selection has produced some solid gains in harvest index (HI) (ratio of grain to whole shoot biomass) for crop species including barley (dashed line), wheat (solid line) and rice (dotted line) as shown here. Introduction of dwarfing genes to reduce lodging under high-nutrient cultivation was a major factor in this achievement. Cereal architecture necessitates some trade off between stout stems to support heavy ears and a retention of leaf area to generate photoassimilate. HI will eventually reach a ceiling set by those constraints. Based on Evans (1993)

Yield improvement in cereals, cotton, peanuts and soybean which is similarly due to substantial increase in HI, emphasising (Gifford et al. 1984) that partitioning of photoassimilate rather than generation of whole-plant biomass was responsible for such yield improvement.