A significant amount of the CO2 fixed by photosynthesis is respired to produce the energy needed for production of new organs and maintenance of old ones. This is often termed a “cost”.

Costs associated with growth and maintenance of vascular plants can be represented as biomass equivalents. Calculations for dry matter utilisation during growth and development (Table 6.6) show that respiratory loss is substantial and can range from about 20-40% of the dry matter produced. 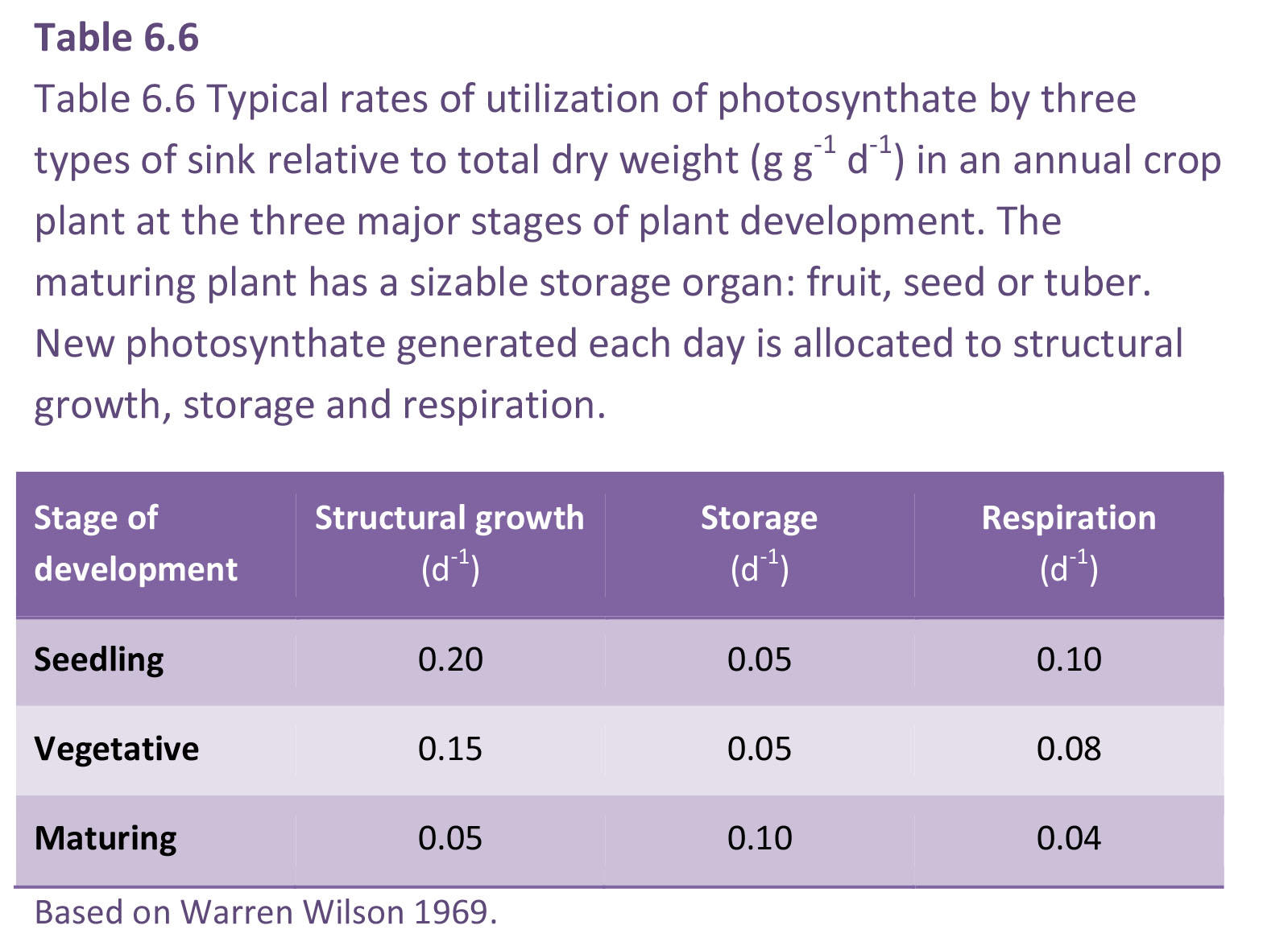 During growth and development (Table 6.6) a fall in structural growth rate has been accompanied by a fall in whole-plant respiration, while the amount of photosynthate allocated to storage has risen. Overall, respiration accounts for a significant fraction of photoassimilate. Commonly one-third and, under stressful conditions as much as two-thirds, of a plant’s daily fixed CO2 can be respired.

The physiological and biochemical processes involved in energy production, respiration, and utilization of energy have been described in detail in Chapter 2, but for convenience a summary is presented in the next section.